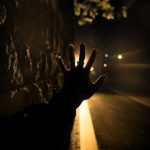 A New Paradox of Deontology

Scheffler’s classic “paradox of deontology” asks how it can be wrong to minimize morally objectionable actions: If killing is so bad, shouldn’t we endorse one killing to prevent five? But deontologists can naturally respond that they don’t see killing as a bad to be minimized, but as a wrong to be prohibited in each instance.

My latest draft paper, ‘Preference and Prevention: A New Paradox of Deontology’, argues that deontologists face a deeper problem: once an agent has gone ahead and killed one in an attempt to prevent five other killings, deontologists cannot accommodate how strongly we should hope that her attempt succeeds.

For clarity, here are the four possible outcomes to compare (against a common backdrop of Protagonist choosing whether to kill one to prevent five other killings):

Five Killings: Protagonist does nothing, so the five other murders proceed as expected.

One Killing to Prevent Five: Protagonist kills one as a means, thereby preventing the five other murders.

Failed Prevention: As above, Protagonist kills one as a means, but in this case fails to achieve her end of preventing the five other murders. So all six victims are killed.

Six Killings: Instead of attempting to save the five, Protagonist simply murders her victim for the sheer hell of it, just like the other five murderers. So all six victims are killed.

(1) Deontic constraint (for reductio): Protagonist acts wrongly in One Killing to Prevent Five, and ought instead to bring about the world of Five Killings.

(7) It is not the case that Five Killings ≻≻ Six Killings. (definition of ‘≻≻’)

As I argue in the full paper, “we should regard (4) as an unassailable moral datum, the rejection of which would entail severe moral disrespect to the five extra murder victims.” After all, Failed Prevention contains everything that’s morally objectionable about One Killing to Prevent Five, plus five additional, completely gratuitous killings. There is no respect whatsoever in which Failed Prevention is morally preferable. So the only way to lack the preference demanded by (4) is to fail to much care about those five additional killings. I take that to be plainly morally unacceptable. So everyone must accept (4).

I then argue that this is effectively to embrace consequentialism (in substance if not in name). In particular, I argue that:

(I) Denying (2)—e.g. by claiming that we should prefer wrong actions to be performed— would rob deontic verdicts of their normative authority.

(II) Insofar as one can distinguish narrowly “act-directed” from broader “state-directed” motivations, the latter have greater normative authority. (Compare ‘Constraints and Candy.’)

(III) Deontologists can’t escape my argument by withdrawing to a narrower/moralized conception of “preference”, or by refraining from making any claims about preferability at all, because (i) any true view must be coherently completable, and (ii) there are clearly moral truths about broad preferability, e.g. that a decent moral agent should prefer that a child not be struck by lightning rather than be struck (all else equal).

The only way out for deontologists, that I can see, would be to invoke rampant incommensurability: perhaps the deontic reasons can’t be meaningfully weighed against the reasons of beneficence, leaving us without any basis for forming all-things-considered preferences in cases where the two conflict. But, as I conclude:

Rather than affirming deontic constraints, this view transforms them into (indeterminate) moral dilemmas. One might say that we “deontologically ought” to respect the constraint, but it would be equally true to say we “consequentially ought” to violate it, and quietism rules out the claim that we definitively ought to care more about the constraint than about the consequent benefits of violating it. All we can say is that we ought to feel (irreparably) torn, which leaves us entirely lacking in practical normative guidance.

If we are to combine normative authority, normative guidance, and adequate respect and concern for the five rescuable victims (after the other one has already been killed as a means), then we need consequentialism.

What is it to responsibly work on the world? Some college students want to know. Originally appeared on Blog of...