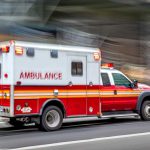 Many respond to Singer’s pond analogy by suggesting that we have unusually stringent positive duties to aid in emergencies, that do not carry over to everyday aid. In this post, I’ll argue against this view by (1) showing why a recently-advanced theoretical basis for this view, the “informal-insurance model”, fails; and (2) undermining the intuition that it would be wrong to pass by the drowning child in order to indirectly save multiple other children.

Common sense would like to combine a minimal view of our everyday obligations with ambitious positive obligations to assist in cases of proximate emergency (like a child drowning right before your eyes). The difficulty for this view is to provide it with a principled basis.  Why should emergency deaths be treated as inherently more important than equally preventable deaths from ongoing causes?

Sterri and Moen propose to explain this in terms of an “Informal-Insurance Model”. Their basic idea is that emergency ethics can be understood as a mutually-beneficial compact amongst all in the moral community to informally insure each other against rare, unexpected risks of grave harm. That is, we undertake to help others out in emergency situations, on the understanding that they would do the same for us. Since emergencies are rare, the comfortably-off can agree to participate in such a scheme without expecting to be bled dry by all the world’s needs. And since emergency situations can befall anyone, it is in their enlightened self-interest to do so.  We are all better off informally insuring each other against disaster in this way, than if we all were left to fend for ourselves.

This line of argument faces two significant problems, common to efforts to ground ethics in “enlightened” self-interest. Firstly, the underlying logic of mutual benefit excludes from the moral community not just the global poor but also those nearby (including infants, non-human animals, and the severely disabled) who are not in a position to reciprocate.  But surely you still ought to rescue a drowning paraplegic, for example, even if he could not do the same for you.

The second problem is that even when the informal insurance model gets the right result (requiring that you help), it does so for the wrong reasons. It implies that you should help for the sake of playing your part in a co-operative scheme of mutual benefit, which doesn’t seem remotely the right reason to save a child from drowning.

To see this, imagine extending the logic of the informal insurance model to a society including water-phobic robots who just want to collect paperclips but occasionally drop them in puddles.  In order to secure the assistance of the robots in helping to free us from getting our feet caught on railroad tracks (or other non-water-related emergencies), we might reciprocate by rescuing their lost paperclips from puddles.  If the informal insurance account of emergency ethics were correct, then your moral reason to save a drowning child would be of exactly the same kind as your reason to “save” a paperclip from a puddle in the imagined scenario.  But this is clearly wrong. We have moral reasons to save lives and avert great harms for the sake of the affected individuals. These moral reasons are distinct from (and more important than) our reasons to participate in mutual-benefit schemes.

Passing by the Pond

The imperative to save drowning children can (ironically enough) be used against effective altruism. Just suppose that you’re on your way to donate enough to save multiple lives, but then come across a drowning child who you can only save at the cost of ruining the money you were about to donate. Sure seems like you ought to save the drowning child, despite the inefficiency!

My standard response to this is to see it as revealing more about psychology than morality. We probably can’t help but massively over-weight salient interests, and it doesn’t get any more salient than a child drowning right before your eyes. Who knows who you would’ve saved otherwise, by contrast. There’s little chance they’ll haunt your nightmares, the way that the visible child might if you simply watched them drown. Anyone who doesn’t react this way, we’d suspect of being inhumanly callous. Maybe they did the best thing on this occasion (saving multiple lives), but if they were willing to watch a child drown they surely lack the empathy and person-directed moral concern that seems essential to being a decent person. Most people probably wouldn’t have a lot of trust in such a person to act well in other situations.

Maybe these psychological facts suffice to explain our distaste for letting indirect aid trump the drowning child’s interests, without needing to posit that there’s really any stronger moral reasons to prioritize the nearby child. But it’s still an awkward intuition to grapple with. So I wonder if we might do more to undermine it.

Here’s a thought. Suppose you knew there were four drowning children, each in different nearby locations. You could directly save any one of them, though the others would drown in the meantime. But there’s an alternative. The different locations are linked up in such a way that, upon reaching any one of the four locations, the other three will receive a temporary boost of buoyancy that would give you time to enlist the aid of emergency services to save the other three. But you only have time to do this if you do not save the one who is (by then) right in front of you. And this one will drown before the emergency services arrive. What should you do?

Before you set out, it seems pretty clear to me that you should pre-commit to enlisting emergency services, whichever pond you happen to reach first. Without knowing which route you plan to take, it’s obviously in the expected best interests of the four for you to do what will save 3/4 rather than 1/4 of them. They would all agree to that beforehand, if they could. So it would be special pleading for the unlucky one to subsequently demand that you change your mind and save only them after all, just because they’re the one that ends up in your line of sight once the plan is underway.

Putting this all together, I reject the claim that “emergency ethics” warrants different fundamental norms than “everyday ethics” when comparably grave interests are at stake. Put another way, we should see ongoing harms to distant others as every bit the moral emergency that we perceive unusual nearby harms to be.