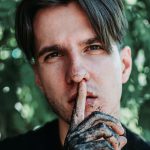 Bernard Williams notoriously predicted that “utilitarianism‘s fate is to usher itself from the scene.” The dubious claim that utilitarianism is self-effacing (or recommends against its own belief and promotion) is often thought to follow from the more credible claim that constantly engaging in crude calculation would be counterproductive. But of course self-effacingness doesn’t follow from this, because belief in utilitarianism opposes, rather than requires, engaging in counterproductive behaviours like constant calculation.

Notably, prominent utilitarians across the generations (from Bentham and Mill to Peter Singer to Toby Ord and Will MacAskill) have, I think pretty obviously, done immense good. So I think there’s basically zero chance that utilitarianism is strictly self-effacing. On the contrary, I think it would be obviously good if more people followed in the footsteps of these wonderful individuals.

Realistically, no human being is going to look much like the Platonic form of an impartial utilitarian. But belief in the theory can at least serve to nudge us in the right direction. In reality, the practical effect of belief in utilitarianism is not neglecting one’s family or pushing fat men in front of trolleys (seriously, who does that?), but just stuff like giving more to especially effective charities and otherwise seeking to improve the world with one’s marginal uses of time and money. (As I’ve previously argued, decent non-utilitarians should of course agree with utilitarians on this — we should all embrace beneficentrism — but for unknown reasons, proportionately fewer non-utilitarians seem to actually prioritize beneficence in this way.)

Now consider: on what moral view would you not want others to do more good? (You might not want to make altruistic sacrifices yourself, but isn’t it plainly good, from your perspective, for others to do so?) Given that beneficentrism is so obviously desirable, and that beneficentrism closely correlates with utilitarianism in practice, it seems that everyone ought to want utilitarianism to be more widely accepted.

This strikes me as a pretty curious result. Considerations of self-effacement don’t speak to the question of which moral theory is true, of course. So I don’t take this to be any sort of argument against non-utilitarian views. But it may be an argument against vocally advocating for less beneficent views in public spaces, or (say) blasting out anti-utilitarian screeds on Twitter. (Note that I’m definitely not recommending engaging in deceptive teaching or research. Indeed, I’m not recommending deception at all. But there’s no obligation to publicly broadcast everything you believe, especially in cases where you’ve reason to expect that broadcasting a belief would be harmful. So it at least seems a legitimate question whether broadcasting anti-beneficent messaging is really a good idea.)

I know many academic philosophers, in particular, have a weirdly negative view of utilitarianism. (Like, some hate it with a passion.) I’m not really sure why this is, but I’d like to encourage them to reconsider. I think some of it, at least, stems from misunderstanding the view, which is why a lot of my research focuses on trying to address those misunderstandings and present the view in a more appropriately sympathetic light. Some people may have a quasi-aesthetic aversion to (their conception of) the utilitarian perspective. They may believe that utilitarianism neglects some important normative insights, and may find this aggravating. (Philosophers are easily aggravated by what they believe to be philosophical mistakes.)

On other days, I would try to convince anti-utilitarian philosophers that they’re wrong on the merits. But today, let’s grant them the truth of their own view, for sake of argument. Still, however aesthetically aggravating it might seem for others to not adequately appreciate the significance of the personal perspective (or whatever), don’t you agree that it’s objectively more important to save more innocent lives? And if so, shouldn’t that maybe temper your frustration with views that encourage others to do more of this more important thing?

All in all, I think there’s a surprisingly strong case to be made that it’s non-utilitarian views that ought to “usher themselves from the scene”—or at least from the public sphere. Perhaps “government house deontology” can continue to be debated in philosophy seminar rooms. But if it’s really true that utilitarianism, as a public philosophy, would do more good (without actually violating rights etc.), then shouldn’t even deontologists prefer to see it reign supreme? I don’t mean that they should lie in order to promote this desirable result—obviously they could still regard lying as wrong. But even to acknowledge widespread acceptance of utilitarianism as a desirable result would, I think, mark a striking change from how most currently think about it. (And it at least raises tricky questions about the moral advisability of anti-utilitarian public philosophy.)

“I recognized at once that we had never understood the meaning of these words, so common and yet so sacred:...

“Inner experiences are not the only things that matter, but they do matter. We would not plug into an experience...

by Massimo Pigliucci There is freedom of thought, and each one can sustain what he wants, as for me, I...

The relationship between morality and emotion has divided thinkers for centuries. Most contemporary ethical systems demand impartiality; that we should...

September 26, 2022
We use cookies on our website to give you the most relevant experience by remembering your preferences and repeat visits. By clicking “Accept”, you consent to the use of ALL the cookies.
Do not sell my personal information.
Cookie SettingsAccept
Manage consent