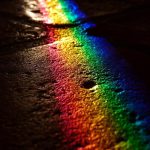 A perennial concern with utilitarian impartiality is that it seems to imply that our personal concerns are completely misguided. As a parent, my son’s well-being is hugely important to me. But from the point of view of the universe, he’s just one person amongst billions. If utilitarianism implied that we don’t have such strong reasons to pursue what’s best for our children, that would make the theory difficult to believe. It would fly in the face of (what many parents take to be) our surest normative convictions.

But why think that utilitarianism has such implications? The implicit argument seems to be something like:

1. My son matters no more than anyone else, impartially speaking.

So, 3. My son doesn’t much matter, impartially speaking.

But clearly we should reject premise 2! A much better way to proceed after the first premise would be:

So, 3*. Other individuals, likewise, matter immensely.

As a general rule, when other theorists posit compelling agent-relative reasons (e.g. to care about one’s own children), I don’t want to deny them. I’d rather expand upon those reasons, and make them agent-neutral. You think your kid matters immensely? Me too! In fact, I think your kid matters so much that others (besides you) have similarly strong reasons to want your kid’s life to go well. And, yes, you have similarly strong reasons to want other kids’ lives to go well, too.

We tend not to notice those latter reasons so much. So it might seem incredible to claim that you have equally strong reasons to want the best for other kids. (They sure don’t feel as important to us.) But reasons only get a grip on us insofar as we attend to them, and we tend not to think much about strangers—and even if we tried, we don’t know much about them, so their interests are apt to lack vivacity.

The better you get to know someone, the more you tend to (i) care about them, and (ii) appreciate the reasons to wish them well. Moreover, the reasons to wish them well don’t seem contingent on you or your relationship to them—what you discover is instead that there are intrinsic features of the other person that makes them awesome and worth caring about. Those reasons predate your awareness of them. So the best explanation of our initial indifference to strangers is not that there’s truly no (or little) reason to care about them (until, perhaps, we finally get to know them). Rather, the better explanation is simply that we don’t see the reasons (sufficiently clearly), and so can’t be emotionally gripped or moved by them, until we get to know the person better. But the reasons truly were there all along.

It’s hard to be motivated by merely abstract knowledge of the existence of reasons, when the concrete reasons themselves are not within your grasp. So our partial patterns of concern are more or less what we would expect, even assuming that both (i) all reasons are impartial, and (ii) we generally respond correctly to reasons (once grasped). After all, we correctly respond to the reasons we’re vividly acquainted with. The problem is that we’re not vividly acquainted with all the reasons that there really are. And of course correctly responding to a subset of reasons (while failing to grasp others) can lead us significantly astray.

Importantly, on this “leveling-up” interpretation of utilitarian impartiality, our personal concerns are not “completely misguided”. On the contrary: we’re absolutely right to care so much about our loved ones! Where we go wrong is in our deficient treatment of others.

So when others decry utilitarianism as a cold, drab view, I think they couldn’t be more wrong. They imagine leveling down till we have but tepid concern for all. But that’s the wrong view. The better view of utilitarianism involves leveling up: taking all the warmth and wonder and richness that you’re aware of in your personal life, and imaginatively projecting it into the shadows of strangers.

We glimpse but a glimmer of the world’s true value. It’s enough to turn our heads, and rightly so. If we could but see all that’s glimpsed by various others, in all its richness, depth, and importance, we would better understand what’s truly warranted. But even from our limited personal perspectives, we may at least come to understand that there is such value in everyone, even if we cannot always grasp it directly. And if we strive to let that knowledge guide our most important choices, our actions will be more in line with the reasons that exist—reasons we know we would endorse, if only we could see them as clearly as we do the ones in our more personal vicinity.

And yes, from the outside this may look like being moved by drab shadows rather than the vibrant values we grasp closer to home. But of course it isn’t really the shadows that move us, but the promise of the person beneath: a person every bit as complex, vulnerable, and vibrant as those you know and love.

“Know thyself,” commanded the Oracle at Delphi. But is any meaningful self-knowledge revealed by a Fitbit?  Originally appeared on Arts...

Does success make us miserable? Freud thought so. Modern science, however, begs to differ  Originally appeared on Arts & Letters...

To read through Auden’s essays, talks, plays, and juvenilia is to encounter the breadth of his genius  Originally appeared on...

“Life is never beautiful, but only the pictures of life are so in the transfiguring mirror of art or poetry;...

June 30, 2022
We use cookies on our website to give you the most relevant experience by remembering your preferences and repeat visits. By clicking “Accept”, you consent to the use of ALL the cookies.
Do not sell my personal information.
Cookie SettingsAccept
Manage consent