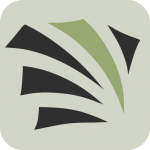 Philosophy is Authenticity Wrapped in Awe

My cat-like ears heightened and my stance was still. My eyes fixated on the old professor with his relaxed, collared shirt and limp tie. He peered into the inattentive classroom with his sheep-like eyes looking for any signs of life. He didn’t realize I, too, was doing the same but in his direction. How did this joker get a degree? Did he find a university running a special on tuition perhaps? He didn’t know this but I was ready for his longwinded Socratic arguments that beat students into intellectual submission. I knew there was no convincing men like Aristotle that the Forms were superior to nature, nor would I have any luck convincing the professor that Sartre was a prime example of an emo teenager lost in his own nothingness and stubborn will power. I knew all about this class from previous students. I had this in the bag.

It was his misleading appearance that pulled me into a false sense of certainty. It was my arrogant belief that I knew who I was and I could not be convinced otherwise. Before I knew it, he disarmed my intellect, rattled my reason, and arrested my soul! Why do I love being a Philosophy student? Why spend countless hours under the direction of a professor hell-bent on assigning me paper after paper? Why bother with quotes and lectures from the past? It was not long ago I would have grabbed a degree in anything, just to get through university. Then I signed up for a class that would seal my fate: Existentialism.

During the course of the class, my professor asked us to read, “No Exit” by Jean-Paul Sartre. I found myself reading it straight through without stopping. Three people end up in Hell. A Hell I’ve never imagined before that moment. Each character comforts their death through interactions with each other. Only after long contemplations did I feel a connection to each one in the story. Garcin portrays a weak coward only out for himself. He doesn’t care about his scorned wife and I enjoyed the fact he suffered in Hell. To her Inès openly admits his cruelty of others for pure pleasure. Because of her honesty, she quickly became both an object of scorn and of passionate admiration. Finally, there was Estelle, poor, poor Estelle. Her sin was selfishness that resulted in adultery, murder, and suicide. I felt no compassion for her nor understood her motives. In the end, they spend all of eternity vying for validation from one another. Seeking validation– it seems like something none of us overtly seek but if we think hard enough, we look for it every day.

Throughout the course, I kept returning to this story each time seeing something new. I began to understand the many layers of consciousness involved with this mysterious term Existentialism. I began to understand the simple meaning that we live in a hostile world where only our choices matter and nothing else. We live our lives projecting our choices on others unconsciously. Garcin, Inès, and Estelle lived their life the only way they knew how. And in the end, they couldn’t blame anyone but themselves. The story conveyed a truth about one’s self. The story reflects the choices we make that result in the unthinkable. In other words, our past choices reflect our present state of being, while our present choices ultimately play out in our future.

Once you look at the essence of who you are, you begin to see your true self. You begin a dialogue with your true self, you rediscover things about yourself that were dormant and asleep. And once you see your true self for what it is, from there who you become is limitless. I love that aspect of Existentialism. I no longer viewed writing papers as a chore but a chance to explore philosophy and more importantly, myself. That understanding spread throughout me like an antidote. It saturated my mind, changed how I worked and studied. I wanted everyone to hear about Sartre’s theories. I wanted to talk about our unconscious minds. I wanted people to see everyone has a common root with the people around them.

Philosophy is not just about arguments and debates, and the caricature of cranky professors with pipes and unkempt mustaches is an unfortunate cultural by product fostered by cranky, mustached, smoking, professors. Philosophy is the key to unlocking the shackles that smother your curiosity, your wonderment, and your sense of self. Philosophy is not just a subject you learn. Rather it’s a lifestyle of wonderful, insatiable curiosity that will, if you let it, alter your way of being in the world.

[Editor’s note: With this article, Philosophy News welcomes Kelly Perez as a contributor to our site. We hope you enjoy her articles and news postings.]

Description: Special Pleading is a fallacy in which a person claims there is an exemption to a general or universal...

Also known as: The Camel’s Nose Description: The Slippery Slope is a fallacy in which a person argues that one...

Description: Now is Not the Time is a rhetorical technique in which someone attempts to end a discussion, divert attention...

The Whiting Foundation has just announced that they will be awarding six $50,000 Fellowships and five $10,000 Seed Grants to...

May 25, 2022
We use cookies on our website to give you the most relevant experience by remembering your preferences and repeat visits. By clicking “Accept”, you consent to the use of ALL the cookies.
Do not sell my personal information.
Cookie SettingsAccept
Manage consent