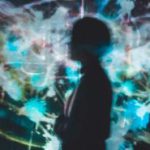 Public trust in model-based science: moving beyond the “view from nowhere”

Never more than during the COVID-19 pandemic, the public has been reminded of the importance of science and the need to trust scientific advice and model-based public health policy. The delicate triangulation among scientific experts, policymakers, and the public, which is so central to fight misinformation and mistrust, has shone a light on a well-entrenched “view from nowhere” that science is often identified with. Will the public trust new vaccines produced through innovative technologies? Will the public comply with policy advice informed by scientific models? What if the models get it wrong and end up either overestimating or underestimating the number of cases in their projections? Why trust experts and their model-based policy anyway?

In recent decades, there has been a flourishing literature in philosophy of science about the nature and role of scientific models, their limits, and promises. Scientific models play a key role in public health policy, climate policy, economic forecasts, biomedical discoveries, and the search for new physics beyond the Standard Models, among many other examples. They make possible explanations, predictions, projections. Often several models are at work in delivering an outcome as with multi-model ensembles for climate projections. And very often, several seemingly incompatible models are available to study particular target systems. Why trust models then, one might ask? How can anyone ever hope to know how things really are (about the course of a pandemic, or of global warming or similar) by using models?

The problem with the public’s mistrust of model-based policy is not necessarily the modelling itself, but a certain image of model-based science intended to deliver a “view from nowhere.”

Model pluralism in science—or better, a specific variety thereof which I call perspectival modelling—is key to delivering reliable knowledge of particular phenomena. Moreover, it is the driving engine of how one comes to know the world and to open “windows on reality,” to borrow an expression from art historian Erwin Panofsky. The problem with the public’s mistrust of model-based policy is not necessarily the modelling itself, but a certain image of model-based science intended to deliver a “view from nowhere.”

Such a view usually finds its expression in the broad idea that scientific models mirror or map onto the way the world is by capturing or ascribing essential properties to the target system. Unsurprisingly, in areas of science where there is more than one model about the same target system and they seem to offer incompatible images of it, the question of “why trust models?” naturally arises.

To use a classic example from nuclear physics, one might ask “what is the atomic nucleus?” and find themselves entangled into a number of different models, whereby the atomic nucleus is described as a liquid of incompressible nuclear fluid, or as a set of shells/orbitals where nucleons sit in special (so-called “magic”) numbers, or as a bunch of quarks exchanging gluons. Which of these is the true model? And if there is only one true model, what are the others doing exactly?

Perspectivism enters the scene. Can different models be regarded as offering different perspectives on the same target system? How to make sense of this colloquial claim in a way that is neither trivial nor fraught with further inconsistencies? Models are part of wider scientific practices which are historically and culturally situated—what I call “scientific perspectives” following a tradition in philosophy of science. These wider practices do not just include particular models, but also specific experimental and technological tools and techniques available to situated epistemic communities to harvest data and use the models to make>Su San Lee on Unsplash, public domain

Cut out characters and cracky plots: Jacob’s Room as Shakespeare PlayBirth: when was Shakespeare’s birthday?How well do you know Mary Shelley? [Quiz]

Ollin García Pliego (México) writes poetry and narrative, and is a Ph.D. Candidate in Hispanic Literatures and Cultures at Indiana...

Among the foremost minds that gave dignity to the Italian language, stands Count Giacomo Leopardi (1798-1837), whose poem “The Infinite”...

“Our greatest sufferings do not lie in the present, as intuitive representations or immediate feeling, but rather in reason, as...

In 1822, Henri Beyle was balding, fat, and prone to plagiarizing and misspelling. How did he become the author we...