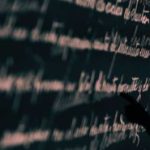 The return of Humpty Dumpty: who is the ultimate arbiter of meaning?

“When I use a word, it means just what I choose it to mean — neither more nor less.” These are the famous words of Humpty Dumpty, a character in Lewis Carroll’s Through the Looking Glass (1871). His conversation partner, Alice, is rather sceptical:

“When I use a word,” Humpty Dumpty said, in rather a scornful tone, “it means just what I choose it to mean – neither more nor less.”

“The question is,” said Alice, “whether you can make words mean so many different things.”

“The question is,” said Humpty Dumpty, “which is to be master——that’s all.”

In philosophy of language, as well as in many court opinions (e.g., Liversidge v. Anderson, 1942), Humpty Dumpty is held up as an example of how not to think about meaning. Contrary to his claim that the meaning of his words is determined solely by his intentions, there is broad agreement that what words mean is not solely up to us—we can change their meanings over time, but that requires a group effort, and something like consensus. A speaker cannot do it alone.

150 years have passed since Carroll published Through the Looking Glass, and Humpty Dumpty still cuts a ridiculous figure. Yet in light of contemporary linguistic manoeuvrings, his idiosyncrasies appear rather benign. He may be running roughshod over linguistic conventions, but at least he is upfront about doing so. Nowadays, we must arguably contend with a more malicious, more deceitful, form of Humpty-Dumptyism.

In recent years “gaslighting” has become a buzzword in popular culture. It is defined by philosopher Kate Abramson as “a form of emotional manipulation in which the gaslighter tries (consciously or not) to induce in someone the sense that her reactions, perceptions, memories and/or beliefs are not just mistaken, but utterly without grounds” (2014). For example, women who report sexual harassment are often gaslighted by being made to believe that they are over-reacting or falsely perceiving events. Repeated gaslighting can make a person lose all trust in their abilities to interpret the world around them.

One form of gaslighting that has so far received relatively little attention is gaslighting about meaning. We can do this by encouraging our hearers to doubt their interpretations of what we said, even when those interpretations were perfectly correct. This is a kind of bad faith Humpty Dumptyism. Consider Donald Trump’s speech to his supporters in Washington, D.C. on January 6th, 2021. Trump had just lost the United States presidential election but refused to accept the result. He told his supporters, “If you don’t fight like hell you’re not going to have a country anymore,” and that, once they had walked down to the Capitol, “You have to show strength, and you have to be strong.” Two thousand people then stormed the Capitol building. When pressed on his role in this riot, Trump and his legal team claimed that he had not intended to cause a riot, and that his words could not have foreseeably resulted in one. In fact, they claimed, his speech had called for peaceful protest.

Trump and his team are gaslighting us about the meaning of his words. To a reasonable hearer, who has a good grasp on the conventional meaning of words, his speech was an incitement to violence. Yet Trump is calling this very reasonableness into question. He is denying that his words had this meaning and implying that anyone who thinks otherwise has lost their grip on reality. This is Humpty Dumptyism with an insidious twist; Trump is acting like Humpty Dumpty but refusing to admit it. Instead, he is claiming that it is his hearers who are twisting meanings. He is Alice, the voice of reason, and we are the ovate linguistic buffoon.

Trump’s behaviour may seem merely irritating, even laughable. Yet repeated gaslighting of this kind over time, especially by those in positions of power, might erode our ability to communicate. A linguistic convention comes into being when we all start using a word in the same way, with the belief that others are acting similarly. Gaslighting about meaning undermines this belief, and may ultimately cause our conventions to fall apart, leaving public discourse rife with distrust and disorientation. And just like Humpty Dumpty in his namesake rhyme, we may not be able to put them together again.

Delegitimising “reverse racism”What is “life-writing” and why does it matter?Everyday Narnia: the language of another world

Endre Sashalimi. Russian Notions of Power and State in a European Perspectives, 1462-1725: Assessing the Significance of Peter’s Regin. Boston:...

December 3, 2022
We use cookies on our website to give you the most relevant experience by remembering your preferences and repeat visits. By clicking “Accept”, you consent to the use of ALL the cookies.
Do not sell my personal information.
Cookie SettingsAccept
Manage consent