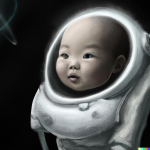 One of the most common reactions I’ve seen to the recent surge of interest in longtermism is to worry about its implications for abortion. Let’s see if we can put such fears to rest.

First, I think it’s worth situating this pattern of reasoning in relation to other examples. Imagine thinking that the only way to oppose neo-con regime change wars was to deny that liberal democracy had any value. Or that the only way to reject forced organ donation was to deny value to the lives of individuals suffering from organ failure. That would be crazy! Obviously, there is a huge gap between “X is good” and “People should be forced to promote X, no matter the costs.” Unless you are deeply illiberal, you should not, in general, have any fear that recognizing something as good will somehow make this gap disappear. (And you shouldn’t be deeply illiberal!)

(For completeness, I’ll spend the rest of this post running through precisely why this is the case when X = “future lives”, but I expect most readers will have gotten the point from the previous paragraph alone, so should feel free to stop reading now.)

DALL·E: A baby in the future

(1) Non-utilitarian longtermists may posit foundational moral rights to bodily autonomy, and/or give extra weight to the interests of those who already exist (and aren’t keen to be pressed into procreative servitude).

(3) There’s nothing morally special about early abortion; it’s just one way, among many, of not bringing a conscious person into existence. It’s just like any other form of family planning—any other moment when you refrain from having a child but could have done otherwise. So the real question is whether the value of future lives means that people in general should be forced to procreate right now?

(4) The answer to this question is clearly “of course not!” Even though it’s good to have kids, there are many tradeoffs involved, and nobody is better placed than the individuals themselves to navigate those tradeoffs. For example, if procreating right now would disrupt your education, then it’s overwhelming plausible that you—and the world more generally!—would be better off if you waited and instead had kids later.

(5) Kids’ lives are significantly shaped, for better or worse, by their parents’ attitudes and life situation. (Recall the Freakonomics research on how unwanted pregnancies, if forced to term, result in higher crime rates in subsequent decades.) This gives us additional utilitarian reason to support family planning, and want kids to be born into loving homes and when their parents are ready.

(6) On average, people report wanting more children than they end up having, suggesting that pro-natal goals could be best advanced through family-friendly policies (child benefits, generous paid parental leave, etc.) that make it more feasible for people to pursue the family size that they already desire.

(7) If that turned out to be insufficient in the long-term to bring fertility up to the socially optimal level, the obvious solution would be to offer more positive incentives. There’s just no utilitarian excuse to force people to do things when you could instead incentivize them, given that incentives—unlike force—allow individuals to weigh tradeoffs in a wise manner. (A central planner can’t take into account individual variations in circumstances, preference, opportunity cost, etc., and may make disastrous moral mistakes as a result.)

In light of all this, I really do think it would be insane to think that “forced births” was a socially optimal policy. The fact that so many people worry this, even for a moment, makes me worry that the (overwhelming) utilitarian case for liberalism has not been sufficiently appreciated. Please read your J.S. Mill, everyone!

by Massimo Pigliucci [If you like this excerpt, please consider getting and reviewing The Quest for Character.] The year is 430...

Sexual desire is an incredibly personal and seemingly unchangeable part of who we are. But what about those who are...