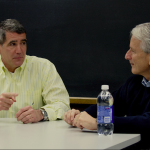 Does evolutionary theory undermine the truth of religious belief? There have been many books published in recent years whose authors have attempted to develop an evolutionary explanation of religious belief. Pascal Boyer in Religion Explained claims, “The explanation for religious beliefs and behaviors is to be found in the way all human minds work.” Boyer’s effort at explaining religious belief is an evolutionary one. Similarly, Daniel Dennett in Breaking the Spell: Religion as a Natural Phenomenon writes, “Religion is natural as opposed to supernatural, … it is a human phenomenon composed of events, organisms, objects, structures, patterns, and the like that all obey the laws of physics or biology, and hence do not involve miracles.” Dennett’s view, too is that religion is a product of evolution.

Even if there are viable evolutionary explanations of religious belief, does this mean that the central claims of religion are false and does it mean that religious belief should be discarded? Dr. Michael Murray and Dr. Jeffrey Schloss addressed these and other questions

in the second annual Bellingham Lectures in Philosophy and Religion held in February 2012 on the campus of Western Washington University in Bellingham. In this podcast, we interview Drs. Schloss and Murray about their talk and about their perspectives on the impact of evolutionary theory on how we ought to think about religious belief and practice. Philosophy News interviewed Dr. Alvin Plantinga in 2011 for this series.

Michael Murray is a Senior Visiting Scholar at Franklin and Marshall College and Jeffrey Schloss is a T.B. Walker Professor of Biology and Director of the Center for Philosophy, Faith, and the Life Sciences at Westmont College.

“In the [19]70s up through the mid-90s, a lot of attention was focused on a different but not unrelated issue which has to do with the altruistic or moral behavior in humans and other organisms. So that at least seems to be a Darwinian puzzle because if what evolution is all about is to advance your own fitness and well being, then there are sorts of behaviors that look like organisms are trying to assist others at their own expense and that seems counter-intuitive or puzzling given the the theory. So there’s a lot of attention devoted to explaining that. I think that very naturally leads one to look at other kinds of pervasive forms of belief and behavior which also seem to be counter-intuitive on the Darwinian picture and religious belief looks like an example of that. Not because it’s false if in fact you think it is (which many scientists do) but rather because there are significant costs involved with religious belief and behavior…. This has led to a different kind of Darwinian puzzle and I think researchers began to turn their attention to that. That spawned new accounts, many of which have a lot of empirical support, and I think the initial reaction a lot of people have to those accounts is that there’s something troubling for religious belief here. ”

Special thanks to Dan and Frances Howard-Snyder and the philosophy faculty of Western Washington University for hosting this interview.

Drs. Murray and Schloss visited Western as a part of the Bellingham Lectures in Philosophy and Religion series which is supported by a grant from the John Templeton Foundation 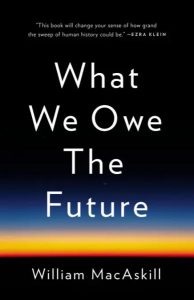