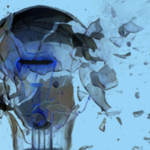 The world’s largest music and philosophy festival HowTheLightGetsIn Hay 2022 reveals its first set of speakers and performers for a bank holiday weekend brimming with entertainment and intellectual discovery, taking place from the 2nd to the 5th June in Hay-on-Wye. With the likes of Yuval Noah Harari, Richard Dawkins, Slavoj Žižek and Roger Penrose, it’s not one to miss.

Returning home after three years to the idyllic embankment of the River Wye, the festival boasts over 450 speakers and performers, 300 events and 12 stages, bringing together internationally respected thinkers and a spectacular medley of musicians, performers and artists. The festival will also be streaming online for festivalgoers who can’t make it in person.

Renowned for its critical edge and challenging nature, the weekend festival will see an unrivalled line-up of international philosophers at the top of their fields come head to head with influential politicians, scientists and cultural figures to discuss the big issues of today. Singular for its combination of critical thinking with award-winning music and comedy performances, HowTheLightGetsIn Hay 2022 is an opportunity to enrichen the mind against the backdrop of electrifying performances and late-night parties.

At the heart of HowTheLightGetsIn is its commitment to curating debates for free-thinking minds. With discussions designed to push the boundaries of thought and speakers selectively chosen for their cutting-edge approach to their fields, expect topics such as the legacy of Dawkins’ Selfish Gene, the fantasy of the multiverse with Roger Penrose, our trust in nature with Slavoj Žižek and whether Camus or Kafka were right about the individuals’ relationship to society with Andrea Elliott. Beyond the fiery debates festival-goers can expect intimate solo talks, Academy courses and Inner Circle dinners, all offering the exclusive opportunity to meet the speakers and discuss the most pressing issues facing society with like-minded people.

HTLGI director and founder of the Institute of Art and Ideas Hilary Lawson comments:
“We are delighted to be returning to Hay in the magical location on the edge of the Black Mountains alongside the river Wye for our festival in June. With what is possibly our best line-up yet, we can’t wait to welcome everyone back for four days of electrifying debate, music, comedy, and our legendary party atmosphere.”

Tickets for the full festival are available now. Students and under 25s are eligible for a 30% discount.

In our September “how can we help you?” thread, a Grad student writes: Do people have any thoughts/tips about putting...

Jean Sibelius’ tone-poem, Finlandia, wasn’t supposed to be the program headliner that Saturday night at the San Francisco Symphony. The main draw was...