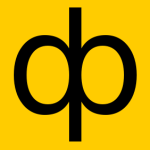 Kant’s Categories and the Stevenson Screen

The Stevenson Screen was invented by Thomas Stevenson (1818–1887).1 It is essentially a slatted box, within which there is a thermometer (usually among other measuring devices) that is used by professional meteorologists to measure the surface air temperature of the planet Earth. The nature of its construction allows the flow of air through it, but shelters the thermometer from direct sun, rain, wind, and radiated heat from its surroundings; it is set at a determinate height about the ground, thereby delivering a consistent standard air temperature reading.

As Kant put it:

In this way, Kant aimed to avoid both a position where metaphysical speculation falsely claims knowledge about the world independently of experience, and a pure empiricist position which hold that knowledge of the world may be derived only from experience, but which results in scepticism of fundamental ways we have of thinking about the world. The first of these positions was associated with Gottfried Leibniz and his followers, and the second with David Hume.3

Kant’s Categories are those features of our experience that are determined by our mode of apprehending the world.

Kant held that we could know certain things were true of the world independently of experience (a priori) but they only have meaning if those determining forms of thinking were applied to and combined with the content of experiences of the world (a posteriori). Only in that way …

The data are now almost definitive and, as you probably already know, it was a historical triumph for the...

The weekly report on new and revised entries at online philosophy resources and new reviews of philosophy books… SEP New:     ...

For this semester I’ll offer my reflections on an introductory, freshmen-level course on western core texts that I am teaching....

September 25, 2022
We use cookies on our website to give you the most relevant experience by remembering your preferences and repeat visits. By clicking “Accept”, you consent to the use of ALL the cookies.
Do not sell my personal information.
Cookie SettingsAccept
Manage consent