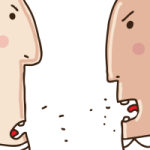 Like Sheep to the Slaughter?
Most societies revere the individual liberty exercised in the right to speak freely without fear of punishment. Conversely, most societies equally cherish and demand respect for one’s religious beliefs. Nonetheless, it is a philosophical challenge to advocate unrestrained free speech while maintaining respectful consideration of religious beliefs.

September 11 is an iconic date in American history. That day in 2001 was a turning point for Americans that served as a catalyst for other significant political events such as the wars in Afghanistan and Iraq, the Patriot Act of 2001, and, some may argue, the economic recession of 2008-09. The effects of 9/11 reverberated not only in the United States but throughout most of the world. Islamic terrorists, via different radical cells worldwide, gained confidence from the 9/11 attacks orchestrated by Al Qaeda and numerous large-scale attacks were carried out worldwide, most notably the 2002 Bali bombings, the 2004 Madrid train bombings, the 2004 Beslan hostage crisis, the 2005 London train bombings, and the 2008 New Delhi bombings.

Although 9/11/01 will always be remembered as the day Al-Qaeda struck the heart of the United States and caused the death of nearly 3,000 people, on a more recent September 11, more blood was shed. On 9/11/12, an attack on the US Consulate in Benghazi, Libya took the lives of four Americans including the life of the US Ambassador to Libya, J. Christopher Stevens. The attack appears to be the work of a Libyan Islamic militant group, Ansar al-Sharia. Initially, the attack was thought to be a protest that went out of control following the appearance of an anti-Islamic video titled Innocence of Muslims. This 14 minute video, produced by an American named Mark Youssef, was released in July and depicted Muhammad in a manner that is blasphemous to Muslims. This video led to numerous protests throughout the Islamic world and it was against this backdrop that the Benghazi attack occurred. In addition to the casualties, this event produced political repercussions in the United States; repercussions that were evident during the Presidential campaign. The Obama administration, the Pentagon, and CIA have endured heavy criticism due to its lack of protection of the American employees and their inaccurate accounts of the events of that day. These are certainly important issues but the relevant issue at hand is one that played a small part in this event but grew in importance as news outlets offered their analysis of the events of 9/11/12.

As more eye-witness accounts and intelligence information became publicly available, the true motivation for the attack came to light. The attack had nothing to do with a protest against the crudely filmed amateur video. However, by this time, the media got the ball rolling on a hot button issue that has the attention of both political philosophers and philosophers of religion: free speech and religious belief. Although the Benghazi attack had nothing to do with the Innocence of Muslims, free speech and respect for religion dominated columns and editorials in the days following the attack.

This is nothing new. The values of free speech and respect for religion have clashed numerous times in the 21st century. The Jyllands-Posten cartoons depicting Muhammad in an unfavorable light and the Terry Jones’ burning of Qurans in his church sanctuary are just two events that raised serious concerns about free speech: should free speech have limits when it offends the adherents of a particular religion? In modern Western society, most people fall into one of the following two camps: 1) There should be no limits on free speech and offenses toward religious adherents is a by-product of the value of free speech or 2) restraint should be exercised when the expression of certain speech is offensive or harmful to religious adherents.

There is no doubt that some speech regarding religion, whether intentional or not, causes personal offense. Denying the divinity of Jesus Christ, restricting the posting of the 10 Commandments on public property, or affirming marriage equality for homosexuals causes offense to many Christians. Depicting images of Muhammad causes offense to many Muslims. Denying the Holocaust causes offense to just about everyone. However, the boundaries of our liberties are dynamic and this creates the challenge of protecting and balancing our liberties. This challenge is evident in the relationship between free speech and respect for religion. The examples cited in the previous paragraph demonstrate that these two values, when overlapping one another, can get messy.

On one hand, most societies revere the individual liberty exercised in the right to speak freely without fear of punishment—one of the ingredients of a liberal democracy. Conversely, most societies equally cherish and demand respect for one’s religious beliefs—an ingredient of many liberal democracies particularly in the West. These, clearly, are two important principles necessary for a free and flourishing state and for a respectful relationship between states. Nonetheless, it is a philosophical challenge to advocate unrestrained free speech while maintaining respectful consideration of religious beliefs. Both can certainly exist and, it seems, must exist in a liberal democratic state but there are occasions when the practice of one value interferes with the other and a trade-off is necessary at times.

A few days after the Benghazi attack, the French satirical magazine, Charlie Hebdo, published caricatures of the Prophet Muhammad to the dismay of Muslims worldwide. The magazine’s actions provoked heated debates in France about the limits of free speech. The debate was not exclusive to France but also spread throughout Europe. Guido Westerwelle, Germany’s Foreign Minister, during a speech in late September said, “I call on all those, especially those who rightly invoke the right of freedom of speech, to also act responsibly. The one who now puts more oil on the fire on purpose, with obvious effect, is not the greatest thinker.&quot; For some, particularly those who have an inclination towards libertarianism, this remark may sound counterintuitive to a free and open society. However, Westerwelle may be on to something there, in the spirit of John Stuart Mill’s Harm Principle and Joel Feinberg’s Offense Principle.

Mill and Feinberg proposed criteria for the state’s restriction of liberties based on preventing harm to others (Mill) or preventing offense to others (Feinberg). Although both of these philosophers were strong advocates of individual liberties, both of them argued that the state could interfere with an individual’s liberties if it was needed to prevent harm or offense. Although Mill and Feinberg proposed that the state could sanction an individual or individuals based on these principles, Westerwelle is not arguing for state action. Westerwelle’s themes are more “in the spirit”, and not necessarily “in the letter”, of Mill and Feinberg. The point here is that the common denominator extracted from these three men is the need for the responsible exercise of the individual liberties that we possess.

Although, this does not answer the challenge of describing what constitutes harm and offense when talking about free speech, it is important to state that individuals and groups, when exercising free speech, ought to do so in a manner that is responsible and considerate towards religious adherents. Of course, one can argue that an offense to one Muslim or one Christian may not be an offense to another Muslim or Christian. This is not easily categorized. Moreover, an offensive caricature or controversial religious statement does not justify violence by the offended party. However, there are occasions when certain individuals or groups choose to act irresponsibly when exercising their freedom of expression and do so without any regard for the religious beliefs that others possess. It is difficult enough to protect and balance these seemingly “dueling liberties”, but the challenge is greatly increased when individuals and groups exercise one of our cherished liberties without considering the effects it can have upon others.

Evolutionism is a “scientific theory”.  By that we usually mean that it is a doctrine that abstracts “scientifically” data, or...

“When intelligent and sensible people despise knowledge in their old age, it is only because they have asked too much...