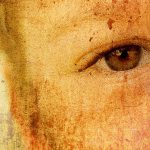 LOVE146: Philosophy in Action
There is a modern day slave trade and an estimated 27-30 million people are enslaved worldwide. At the heart of today’s slave trade are the many forms of enslavement such as debt bondage, forced labor, forced child labor, child soldiers, sex slaves, and child sex slaves. The mission of human rights oranizations are built upon the philosophical foundations of what it means to be human, particularly the meaning and function of human rights.

When we hear the word “slavery”, most people think of the Trans-Atlantic Slave Trade that occurred from the 16th to the 19th century. They think that slavery is no longer a problem that plagues modern society. This is not true. There is a modern day slave trade and an estimated 27-30 million people are enslaved worldwide. At the heart of today’s slave trade are the many forms of enslavement such as debt bondage, forced labor, forced child labor, child soldiers, sex slaves, and child sex slaves. According to UNICEF, “As many as two million children are subjected to prostitution in the global commercial sex trade…. The trafficking and sexual exploitation of children produces horrible consequences in the lives of these children such as physical and psychological trauma, diseases (including HIV/AIDS), drug addiction, unintended pregnancy, malnutrition, social ostracism, and death.” Slavery clearly is one of the plagues of modern society. Thankfully, the hope of abolition is a reality.

LOVE146 is an illustration of this reality. LOVE146 is a US based non-profit organization whose vision is to abolish child sex slavery and exploitation through prevention and aftercare solutions while contributing to a growing abolition movement. LOVE146 was founded in 2002 (as Justice for Children International) and continues to be recognized as a leader in the fight against modern day slavery. One of the vehicles through which LOVE146 carries out its mission is through the formation of local task force groups which I have recently joined. The local task force is a means by which members can demonstrate their passion for human rights by bringing awareness of the slavery issue to their local communities. In doing this, the local LOVE146 task force groups are a demonstration of philosophy in action.

Human rights organizations (HROs) like LOVE146 educate, promote, and protect human rights along with reporting on human rights worldwide. These universal and egalitarian

norms, known as human rights, help protect people from political, legal, and social abuses and organizations such as LOVE146 are at the forefront of protecting the oppressed, the weak, and the vulnerable in society. Just as significant, HRO’s are the epitome of the practical implementation of philosophy. The mission of HROs are built upon the philosophical foundations of human rights, particularly the meaning and function of human rights. Subsequently, these foundations serve to build the HRO’s belief that human rights are part of society’s expectations for their members. Without this belief, HROs would have nothing to promote or protect. For instance, LOVE146 correctly believes that children should not be exploited for sexual purposes and this is a universal right for all children that society accepts. Subsequently, LOVE146 can advance their specific mission, the abolition of child sex slavery. This is translated down to the local task force groups who play their part in the practical application of philosophy.

One of the most important events in the history of modern human rights was the drafting and adoption of The Universal Declaration of Human Rights by the United Nations in 1948. This declaration displays the philosophy, behind not only the UN’s human rights endeavors, but also the philosophy advocated by numerous HROs. This document has greatly influenced HROs in the late 20th to early 21st century. It contains statements such as, “Whereas recognition of the inherent dignity and of the equal and inalienable rights of all members of the human family is the foundation of freedom, justice and peace in the world…”, “Whereas the peoples of the United Nations have in the Charter reaffirmed their faith in fundamental human rights, in the dignity and worth of the human person and in the equal rights of men and women and have determined to promote social progress and better standards of life in larger freedom…”, “All human beings are born free and equal in dignity and rights.”, “Everyone has the right to life, liberty and security of person.” These statements have philosophical significance for HROs today and are part of the mission statements and values advocated HROs. The concepts of human equality, human dignity, and liberty mentioned in The Universal Declaration undergird the work done by these organizations.

Furthermore, these concepts are held by people who are serious about putting an end to the evils of slavery and human trafficking. These evils must be abolished because every human being is created equal, created with worth and dignity, and subsequently warrants liberty in their life. Not everyone agrees philosophically on the details of these axioms. For instance, the concept of liberty is intertwined with the metaphysical concepts of free will and determinism and the political concepts of the state and its relation to its constituents. There may not be agreement about these details but there is agreement among the human rights community (includes HROs and all those who work or volunteer for these organizations) about the existence of equality, dignity, and liberty in mankind.

The vision of LOVE146 is “The abolition of child sex slavery and exploitation. Nothing less.” The mission of LOVE146 is “Abolition and Restoration! We combat child sex slavery &amp; exploitation with the unexpected and restore survivors with excellence.” LOVE146 needs your support but, most of all, the victims of sex slavery and exploitation need your help. The vision and mission statements of LOVE146 are powerful and bold but, more importantly, allow these statements to be inspiring to you. Allow them to provoke you into action to reach these goals advocated by LOVE146 and other HROs out there. After all, when you are part of today’s abolition movement, you are the epitome of philosophy in action.

“What a man really has, is what is in him. What is outside of him should be a matter of...

Untrained children represent a formidable danger to a society committed to trapping nature in the straightjacket of ideological demands and...

“It is no accident that the greatest of works of speculative psychology were written by revolutionaries whose outlook was often...

Social media and surveillance now characterize governments — and so the rise of “monitory democracy” Originally appeared on Arts &...

August 16, 2022
We use cookies on our website to give you the most relevant experience by remembering your preferences and repeat visits. By clicking “Accept”, you consent to the use of ALL the cookies.
Do not sell my personal information.
Cookie SettingsAccept
Manage consent