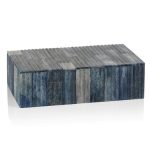 Accessibility in Possible World Semantics
Finding clear definitions for terms in philosophy can be challenging. It doesn't have to be this way.

I wanted to understand the idea of accessibility when as applies to possible world semantics. It turns out a clear definition was more difficult to find that it should be.

I’m reading through Stephen Hetherington’s book Knowledge and the Gettier Problem. He uses the modal logic concept of possible worlds in one of his arguments. He explores whether a Gettier case under certain conditions is applicable in nearby and relevant possible worlds. A possible world is relevant, he says, “only if accessible.” I hadn’t encountered the idea of accessibility in possible world semantics before. Heatherington’s description didn’t help. He writes,

Informally, epistemological analyses adopt the usual view of such accessibility as being a matter of sufficient qualitative similarity: relevant worlds (we are told) are close worlds – sufficiently similar worlds where B is formed in the same way as in α. That informal story is not the final word, though. Formally, another constraint must be satisfied… [It] depends upon the accessibility relation’s being transitive. If that relation is not transitive, then we were not entitled to infer that those further worlds (where B is false) – the ones that are accessible from at least one of the w1, …, wn that are accessible from α – are accessible in turn from α.

I suppose that’s straightforward enough (even if obscurely written)–the idea that an accessible possible world is one that has sufficient similarity to the actual world. But the term “access” still seemed odd. Accessible by whom? Why not just call it “sufficiently similar” which seems clearer even if it needs more explanation.

So I dug into it a bit more. Finding a clear definition was challenging.

I was coming at the question as a person that isn’t well versed in the terminology of possible world semantics though I do have enough background in modal logic to navigate a more technical explanation. What struck me as I dug in is how challenging it can be for technical philosophers to clearly explain something. For example, using a case study or real-world example would make an advanced term more accessible (pardon the pun).

Here’s what I found when I poked around a bit.

Dennis on philosophy.stackexchange explained it this way:

Accessibility is determined by the axioms of the modal logic you’re working within. The axioms of S5, for instance, require the relation to be an equivalence relation and so have the result that every world is accessible from every other world.

In a system like K, however, there are no constraints placed on the relation. The only time you can tell if a world w1 is accessible from the initial world w0 is if you have a diamond statement true in w0…

Technically accurate I suppose but didn’t really help me better understand what it means for a proposition to be accessible.

Dennis again answering the question: What does it mean for w1 and w2 to be accessible?

What it means is simply that the propositions true at those worlds can be relevant for assessing the truth value of modal propositions at the world w1 and w2 are accessible from. For instance, if w0Rw1 and w0Rw2 then in order for []p (necessarily p) to be true at w0, p will have to be true at w1 and w2.

I think he just used a term in the definition that he was supposed to define. So w1 and w2 are accessible if necessarily P is true if w0 can access both w1 and w2? Clear as mud.

In answering this question: What are examples of two possible worlds that don’t share an accesibility [sic] relation (What is it that makes them unaccessible)?

In weaker systems than S5 (or in the bizarre version of S5 I described above) you will often have worlds that are inaccessible to one another.

Okay, well maybe Stack Exchange isn’t the best place to start. But my question is obscure (as far as the internet is concerned) so finding sources that actually address the question proved tricky. There are book-length treatments of the problem and technical papers I could dig into. But I wanted a quick-and-dirty explanation that made sense.

I tried the SEP but no luck. On their entry for “modal logic,” the author writes,

Wikipedia’s entry finally helped make sense of the idea. The Accessiblity Relation entry reiterated what the other technical write-ups were saying. Technically accurate I suppose but little help to someone that wanted to better understand it.

It was in the entry for Modal Logic that something clicked. In the section on semantics and writing about relational semantics, the author(s) discuss the relational variables W, R, V. The entry then states,

The set W is often called the universe. The binary relation R is called an accessibility relation, and it controls which worlds can “see” each other for the sake of determining what is true. For example, wRu means that the world u is accessible from world w. That is to say, the state of affairs known as u is a live possibility for w. (Highlight mine)

It was this last sentence that unlocked things for me. Two worlds are accessible if a particular, true state of affairs (a description of the way things are or could be) in one world has a reasonable possibility of being true in the other. Based on the other descriptions I read, I assume that if a state of affairs is necessarily true in one world, another world is accessible if the state of affairs also is necessarily true in that other world. I’m not sure if that’s the case, but it seems to follow from what I’ve read.

In w1, it is true that “bats navigate by echolocation.” This assumes that there are bats in w1, that there’s an atmosphere they can fly in, etc. W2 is accessible by w1 if there is enough true about it to make the proposition “bats navigate by echolocation” possibly true in w2. If in w300, there are no bats or even the possibility of bats existing on that world because the world can’t support them, w300 would not be accessible to w1.

Assuming this definition and example are even close, I think this is a much clearer way of explaining accessibility in possible worlds. Agree?

As a reviewer for a classical record magazine, I often receive items from off the beaten track that prove illuminating...

“Disobedience, in the eyes of any one who has read history, is man’s original virtue. It is through disobedience that...

December 7, 2022
We use cookies on our website to give you the most relevant experience by remembering your preferences and repeat visits. By clicking “Accept”, you consent to the use of ALL the cookies.
Do not sell my personal information.
Cookie SettingsAccept
Manage consent