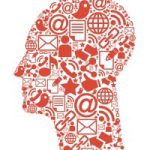 Privacy: A Thing of the Past? Part II
Are social networks deteriorating important social boundaries or enhancing personal relationships? As social networks grow and become more integrated into the lives of many, ethical philosophers have new, uncharted territory to explore.

Many are arguing that the internet and social networking are the cause of an erosion of personal and private boundaries. There’s little doubt that they’re right in some broad sense. But does the causal relation go one way? While social networks and the ability to post anything and everything to the web may undermine a person’s ability to keep their private lives private, the voluntary use of this technology may actually be a product of a growing insensitivity to the need for privacy on the part of its users. This insensitivity is partly due to the elimination of any clear cut public/private dichotomy. This public/private dichotomy, accepted by many prior to the advent of the modern technology and information age, is one of the difficulties encountered when examining the scenarios presented in the previous article. My previous article, “Privacy: A Thing of the Past?”, concluded with the conjecture that the popularity of reality TV and its exposure of private, personal details, along with the lack of self-control on the part of cast members, have contributed to a “softening” of views on privacy by the show’s viewers. Prior to this, I examined the scope and importance of privacy and offered scenarios in which traditional privacy boundaries seem to be eroding. Moreover, I posed the question, “Why does public disclosure of details of one’s private life seem to occur more frequently today?” This question led to the conjecture in the conclusion of the article.

The scenarios presented in the last article portrayed situations that many of us have encountered and dislike. It causes one to wonder why these situations seem to occur more frequently. Subsequently, the plausibility of reality TV contributing to the “softening” of traditional privacy boundaries was briefly examined but the nature of this examination was speculative due to the lack of data to justify its plausibility. Maybe down the road, there will be sufficient data to warrant a strong causal relation between reality TV and frequent undesirable public disclosures of personal intimate details. The conjecture about this causal relation was raised as the result of intuition and not from any other evidence. The purpose of the conjecture was to provoke discussion about this matter. Out of this discussion, certain factors arise that are relevant to any modern-day discussion on the scope and importance of privacy today.

When talking about privacy, most discussions today focus on privacy as personal security. However, this two-part series focuses on a much broader notion of privacy; a notion pertaining to the disclosure of one’s personal and intimate details. The perception that people have of this particular notion of privacy has not only been greatly affected by reality TV but also greatly affected by social networking. Along with reality TV, social networking is one of the fastest growth areas in technology. Social networking is an umbrella term for websites and services that provide a medium for interacting with others, enabling personal commentary, the ability to engage in discussions and user groups, publishing personal photos and videos and even finding a date for Friday night. Websites such as My Space, Facebook, Twitter, Google +, You Tube, and Flickr are some of the most popular social networking sites in the world. The explosion of social networking has revolutionized communications to the point that, for many people, social networking sites are a significant means of forming and maintaining relationships.

I was reading an article on the appropriate use of social media by employees and I came across this statement by a lawyer named Jeffrey Klein. Klein succinctly stated, “Facebook and Twitter have, in many instances, supplanted the cafeteria or the break room, as the place for employees to gather to communicate.” Facebook, Twitter, and other sites have supplanted traditional means of relating to one another. During this process of forming and maintaining relationships via social network services, private, personal details will inevitably be disclosed and, at times, these details are disclosed to the public. Social networking sites have supercharged the ability to make the private public. It is changing the way we think about interacting with other humans. While much of it is healthy, there is a real risk of harm.

Willful disclosures of intimate information can produce unintended consequences. By not carefully using social networks, you may put yourself at risk of losing your job, or losing a friend. You may unwittingly post comments that can be easily taken out of context and your declaration of a particular relationship status or un-friending someone can cause problems. These possible liabilities, along with the benefits of social networking (e.g. communicating with family and friends who live far away, keeping up with someone’s achievements, forming new friendships, etc.) has created a new—and largely untested—frontier in communications. Social networking, along with other forms of social media, has blurred the line between what we consider to be public and private spheres of information. This blurring will continue as digital technology becomes a more pervasive element in our daily lives. The broadcasting of our personal lives on sites, such as Facebook and Twitter, has done away with any clear-cut public/private dichotomy. There has always been a subjective component to privacy; what is appropriate for one person to reveal may not be appropriate for the next person to reveal. However, social networking and reality TV, with its emphasis on public disclosure and its various effects on its users, has seemingly created a re-definition of what is private.

Most agree that privacy is a good cherished by society and the scenarios presented in the previous article run counter to the typical understanding of the scope of privacy. In other words, most people feel that it is harmful to disclose sensitive, personal details to the public. The challenge today is that reality TV and social networking have changed our perceptions of privacy. For older people, the idea that most of your personal life will be revealed online or on TV is detestable. Having a private life seems to be something that this new generation does not have. Does this mean that teenagers and young adults today do not cherish privacy? Certainly not. It means that perceptions of privacy have changed and, for some, these changes are a result of an inevitable evolution of thought produced by the global and technological age that we live in today. Traditionally, private personal details were kept “close to the vest” and not shared publicly as we see today. This is not the case anymore. It is difficult to determine the extent by which sites such as Facebook and My Space and shows such as Big Brother and The Bachelor have changed perceptions of privacy, but it is not wrong to argue that these sites and shows have ushered in modified views of privacy. Technology today has introduced new choices and new risks for people. These new choices and new risks regarding privacy can be difficult to evaluate when comparing it to traditional perceptions of privacy.

“What is called politics is comparatively something so superficial and inhuman, that, practically, I have never fairly recognized that it...

This morning, Merriam-Webster declared “gaslighting” its 2022 Word of the Year. M-W’s popular dictionary defines gaslighting as: psychological manipulation of...

The weekly report on new and revised entries at online philosophy resources and new reviews of philosophy books… SEP New:      ...

“For the purpose of becoming (and it is the task of the self freely to become itself) possibility and necessity...

November 28, 2022
We use cookies on our website to give you the most relevant experience by remembering your preferences and repeat visits. By clicking “Accept”, you consent to the use of ALL the cookies.
Do not sell my personal information.
Cookie SettingsAccept
Manage consent