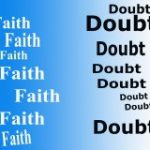 Religious Beliefs-Rational or Irrational?
Just as atheists can claim, “Religion is not true, it is useful”, the religious adherent can claim the same about atheists. Philosophical and psychological arguments about “who’s right” tend to be inconclusive largely for the same reasons evidence for and against religious truth claims are.

Guns, Germs, and Steel: The Fates of Human Societies, published in 1997, was written by Jared Diamond, professor of geography and physiology at UCLA and expert in anthropology and evolutionary biology. This hugely popular book won the Pulitzer Prize for non-fiction in 1998. Professor Diamond’s objective for the book is to demonstrate the significance of geographical factors on human history, particularly on the development of societies. Although critics have argued that the scientific evidence Diamond presents is to justify his claims, the book is a compelling narrative on the development of various societies that exist in the world today. His use of different disciplines such as linguistics, epidemiology, anthropology, along with his narrative on the impact of the development of technology produces a fascinating account of how human societies developed.

In addition to philosophy, geography and religion are two subjects that I enjoy immensely. Although I possess a basic knowledge of geography, I do not have the depth of knowledge to offer a strong evaluation of the Diamond’s theories. I possess a greater working knowledge of religion on this subject, particularly philosophy of religion. However, Diamond does not touch on philosophy of religion in his book. His treatment of religion pertains to the role of religion and government as an important factor to the development of societies. I do not recall any comments made on significant topics in philosophy of religion such as the existence of God, the problem of evil, and the rationality of religious belief. Due to this absence (this is not a criticism, merely pointing out that a philosophical treatment of religion was not offered in the book), I have been interested in gaining a better understanding of Diamond’s philosophical views on religion. Earlier this year, Salon.com published an excerpt from Diamond’s most recent book, The World Until Yesterday: What Can We Learn From Traditional Societies? This excerpt contains a snapshot of Diamond’s philosophical views on religion.

One of the cornerstones of what has been called “The New Atheism” is that religion (at least in its more charitable forms), while it may have had survival value in the past, should now be considered irrelevant at best and destructive at worst. In its most critical form, proponents of the New Atheism take a zero-tolerance approach to faith by voicing their disdain for religion clearly and loudly. At the heart of this is the idea that religious belief, given what we now know, is irrational. Religious adherents, so their claim goes, ground their beliefs in ways that are tangential to modern views of knowledge acquisition and certain core doctrines in most major religions are at best improbable. This foundational atheist/freethinker doctrine has gained quite a following to the point that it is fashionable nowadays for religious truth claims to be deemed equivalent to fairy tales. For some, the Gospels and the Quran have been relegated to the same philosophical status as the Easter Bunny and Mother Goose (I’ll refrain from repeating the scores of oft-cited articles and books here—see my Philosophy News articles here and here for some examples or search for “new atheism” in your favorite search engine for hundreds more). Based on the Salon.com piece, Jared Diamond agrees that religious believers are irrational.

The excerpt concludes with the following statements from Diamond’s book: “Thus, religious supernatural beliefs are irrational, but emotionally plausible and satisfying. That’s why they’re so believable, despite at the same time being rationally implausible.” My first thought was that Diamond argues for the irrationality of religious supernatural beliefs because those beliefs are rationally implausible. For instance, belief that divine power enabled Moses to part the Red Sea may seem highly improbable but not unreasonable. It seems that if one adheres to a naturalistic worldview (which may describe Diamond—I’m unsure) then the miracles such as those ascribed to Moses are surely improbable and unreasonable.

But Diamond and those like him, it seems to me, assume that naturalism is correct. There are scores of people who do not make the same assumption and do not interpret historical events solely through a naturalistic lens. For some of those people, a deviance from natural law (large bodies of water do not separate and produce dry channels without any natural causes) while implausible are not unreasonable. Surely, difficulties arise when one ponders the lack of repeatability and the divine and unseen element of events like these. These two elements play an important epistemological role for many and probably do for Diamond. But this element of seeming implausibility that is associated with many religious beliefs should not automatically lend unreasonableness and irrationality to these same beliefs.

In addition to emphasizing the irrationality of religious beliefs, Diamond stresses the utility of religious beliefs, particularly its emotional adequacy. Dating back to Sigmund Freud’s projection theory, many atheists argue that religious supernatural beliefs are emotionally plausible and satisfying. This popular atheistic belief has partially stemmed from Freud’s theory that belief in God is an illusion that derives from our childish need for security. In addition to this need, some atheists contend that the reward for good deeds, punishment of evil, and the feeling of community that religion offers produces emotional satisfaction. In other words, religious adherents believe that God exists and in supernatural events described in various holy books because these beliefs bring emotional satisfaction to their lives but are not based on the veracity of the truth claims towards which those beliefs are directed. There is no intellectual validity to religious beliefs, only emotional validity due to man’s inner needs.

The problem is that this attack on the rationality of religious beliefs can cut both ways. Some theists argue that atheism also offers emotional satisfaction and that is why some atheists adhere to this worldview. It has been argued that beliefs, such as no God and no afterlife, allow people to live without worrying about judgment and condemnation. There is no God to interfere with the way you want to live (frequently argued by Christopher Hitchens). This provides an existential freedom to some people and the emotional satisfaction produced by atheism may be enough for some to become an atheist. Just as atheists can claim, “Religion is not true, it is useful”, the religious adherent can claim the same about atheists. Philosophical and psychological arguments about “who’s right” tend to be inconclusive largely for the same reasons evidence for and against religious truth claims are.

This excerpt from Diamond’s book was an insightful, but not an exhaustive look, into Diamond’s perspective on religion. His view that religion is irrational is certainly a popular view and is normally accompanied by two other views: 1) religion is useful not true (discussed in the previous paragraph) and 2) religion is harmful. Although Diamond does not state whether he believes religion is harmful, it is important to note this belief because of its popularity.

However, the popularity of the “religion is harmful” belief may be in decline. Julian Baggini, the well-known British atheist philosopher, believes that the “religion is harmful” belief aggressively promoted by modern atheists such as Richard Dawkins, Sam Harris, and Christopher Hitchens is an unhelpful trend. Moreover, he believes that atheists should support religions when they work to promote values shared by atheists. He is not the only atheist who feels this way. The atheist writer, Douglas Murray, after sitting alongside Richard Dawkins at a debate, stated, “The more I listened to Dawkins and his colleagues, the more the nature of what has gone wrong with their argument seemed clear. Religion was portrayed as a force of unremitting awfulness, a poisoned root from which no good fruit could grow. It seems to me the work not of a thinker but of any balanced observer to notice that this is not the case. A new dogma has emerged. And the argument has stalled.”

Whether that conclusion stands only time will tell.