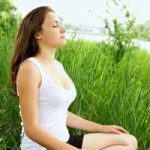 Sitting With Aristotle
Simply listening to what is going on around you and reflecting on those interactions can make you wonder about life. Ad hoc human dialogue, for me, raises questions like, “What is life all about?”, “Is there any meaning to all of this?

Besides its principal function – moving people from point A to point B, public transport is also a stage. This age of global telecommunications has converted subways, buses, and trains into platforms for observing the lives of people. This unintended consequence of public transport can be fascinating and equally irritating. Fascinating because of what people tend to say to each other in public (both in face-to-face conversations and on mobile calls) and irritating because those same interactions disclose information that may be inappropriate and uncomfortable for others to hear. In addition to serving as a stage for observation, these interactions on public transport, for me, serve as an unique environment for philosophical contemplation.

Simply listening to what is going on around you and reflecting on those interactions can make you wonder about life. Ad hoc human dialogue, for me, raises questions like, “What is life all about?”, “Is there any meaning to all of this?” Recently, while sitting in a MARTA rail car in Atlanta, I was exposed to an emotional conversation taking place between a passenger and the recipient of their phone call. Even without knowing the context of the conversation, I knew that this was an emotionally charged situation. The recipient’s name was called out repeatedly as if to get them to stop talking. Once the conversation was finished, the passenger was visibly shaken.

This highly emotional episode brought me into contemplation. I sat there wondering about the joys and struggles of life. As I sat there contemplating about life, I found myself examining my own life. To be honest, my initial thoughts were one of disdain, “Why is someone having such an intimate and sensitive discussion in earshot of strangers (this was the theme of two previous articles here and here)?” It felt as if Aristotle was sitting next to me and encouraging me to think about my own life rather than think negatively about someone else. I felt as if they were showing me how important it is to have a life of contemplation. Contemplation and the resultant self-examination is one of the wonderful benefits of studying philosophy and applying it to your own life. Surely, it is not a guarantee that all philosophy students, teachers, professionals, and aficionados lead contemplative lives. The study of philosophy, particularly ancient Greek philosophy, promotes contemplation and examination but does not guarantee it. One still needs to practice these disciplines. The point is that contemplation is held in high esteem in the field of philosophy and this good is something that produces necessary reflections about life.

Ancient Greek philosophy, particularly Aristotle, exalted in contemplation. Aristotle defined contemplation as an intellectual activity in which the contemplator reviews the beliefs he or she possesses and arranges those beliefs in a way that is beneficial for intellectual growth. Aristotle argued that this act is the highest form of happiness. In Book X of The Nicomachean Ethics, Aristotle wrote, “Contemplation is both the highest form of activity (since the intellect is the highest thing in us, and the objects that it apprehends are the highest things that can be known), and also it is the most continuous, because we are more capable of continuous contemplation than we are of any practical activity.” He argued that it is the highest human good and the act itself is “to aim at no other end beyond itself, and to possess a pleasure peculiar to itself, which intensifies its activity.” This was illustrated to me in my experience on the MARTA train. Numerous but organized thoughts about life began flooding my mind; an amazing intellectual activity that many us take for granted. It is an activity that is not promoted enough today. In this age of fast and easy communications, speed and convenience are prioritized over profound and intentional thought.

Aristotle was onto something I believe. He developed a formula for the good life that is attainable. The necessity of contemplation is seen, not only in regards to the daily matters of human life, but also in regards to the fundamental aspects of life (i.e. reality, existence, knowledge, and values). It is these objects of thought that Aristotle considered the most important in life. He promoted contemplation because this intellectual activity was the means by which one can comprehend objects of thought such as God, nature, existence, moral values, self-worth, and meaning. Comprehending these objects is necessary to obtaining the practical wisdom and moral virtues necessary for living the good life. Clearly, one cannot spend their entire life contemplating; there are daily matters of existence—some might deem more “practical” and some certainly more mundane—that we must attend to. However, you can actively participate in these activities while not forsaking the important activity of contemplation.

What happened in that MARTA train was magical yet sad. I experienced the benefits of the application of an important philosophical concept but, because it came as a result of someone else’s emotional anguish, it reminded me of the importance of reflecting on my life on my own. Meditation, contemplation, and reflection are time-worn disciplines that can lead to a happier life. If we take time from our busy lives and slow down to contemplate, we can learn more about ourselves and the world around us. Take some time to “sit with Aristotle” and learn from your own thoughts. It’s free but can reap untold benefits.

Evolutionism is a “scientific theory”.  By that we usually mean that it is a doctrine that abstracts “scientifically” data, or...

“When intelligent and sensible people despise knowledge in their old age, it is only because they have asked too much...