The New Atheism and the Ever-shrinking Circle of Explanatory Power

Reza Aslan concludes a recent article for The Washington Post with is critique:

What the new atheists do not do, and what makes them so much like the religious fundamentalists they abhor, is admit that all metaphysical claims–be they about the possibility of a transcendent presence in the universe or the birth of the incarnate God on earth–are ultimately unknowable and, perhaps, beyond the purview of science.

Aslan&rsquo;s brief article, titled &ldquo;Harris, Hitchens, Dawkins, Dennett: Evangelical atheists?&rdquo;, focuses on what he sees as a fundamental (pun not intended) weakness in the new atheism: it&rsquo;s proponents don&rsquo;t understand religion as an idea &ldquo;occupied with transcendence.&rdquo; Aslan views modern atheists as ill-informed and well outside their area of expertise. Their inordinate focus on scientific explanation has made them ill-equipped to treat matters of religion. For Aslan, religion is not about the manifest world but about how a &ldquo;universal recognition of human contingency, finitude, and material existence has become formalized through ecclesiastical institutions and dogmatic formulae.&rdquo; And religion is about &ldquo;modalities,&rdquo; pardigmatic gestures,&rdquo; &ldquo;spiritual dimensions,&rdquo; and &ldquo;archetypes.&rdquo; The New Atheists, he says, don&rsquo;t understand this (neither, I&rsquo;m fairly certain, do too many religious people but that&rsquo;s another matter).

He also criticizes the new atheism, as a movement, of being too close minded, too absolutist, too proselytical — in a word, too fundamentalist. Yet in reading his polemic, particularly when he accuses the movement of being under-informed and populist, I found Aslan himself to be too narrow in how he is defining the new atheism. If scoped merely to the four authors in the article&rsquo;s title, then certainly the criticism holds. But anyone aware of the movement knows that Dawkins, Dennett, Hitchens, and Harris (and we might throw in Dan Brown for good measure), widely known in the movement as &ldquo;The Four Horsemen of the Apocalypse&rdquo;&mdash;a name they wear proudly&mdash;is just the marketing arm of a much larger phenomenon. The new atheism (no caps) is a broad shift in the way many are thinking about religion. The New Atheists (limiting that term to The Four Horsemen) are a small, but vocal and largely populist exemplification of that shift. Restricting the movement to those four men would be similar to saying Dinesh D&rsquo;Souza, Tim LaHaye, Rick Warren, and Glen Beck constitute the whole of modern Christian thought.

This failure to recognize the scope of and breadth of the shift away from traditional theistic belief is in no small part contributing to the breakdowns we&rsquo;re seeing in certain pockets of Western Christianity (I wrote briefly about this breakdown here). There have been some powerful and important treatments and analysis of religious belief that take the material written at the popular level to great depths. Books like J.L. Schellenberg&rsquo;s Cornell trilogy (see information on the books Prolegomena to a Philosophy of Religion

, The Wisdom to Doubt: A Justification of Religious Skepticism

, The Will to Imagine: A Justification of Skeptical Religion

, Robert Wright&rsquo;s, The Evolution of God

. I&rsquo;m not making any claims about whether these books do or do not make their respective cases. I&rsquo;m simply observing that anyone engaging what should broadly be called the new atheism, should content with the ideas presented in these and a substantive number of other books and articles. It&rsquo;s unclear whether Aslan is aware of this growing body of fine literature and the impact this literature is having.

On the other side, Aslan doesn&rsquo;t seem to account for many of the excellent books being written by analytical philosophers and theologians which attempt to defend the rationality of belief in God without buying fully into Aslan&rsquo;s &ldquo;non-overlapping magisteria&rdquo; sentiment. The quote with which I began this article seemed to me on a first read to be an admission of defeat: the God hypothesis can&rsquo;t hold explanatory water to a scientific analysis so it&rsquo;s best to separate theism from science and relegate God and his actions to an unknowable metaphysical realm. I&rsquo;ll plainly acknowledge that I haven&rsquo;t read any of Aslan&rsquo;s book-length treatments of the topics he sketches in the short Washington Post piece. But if his books essentially are an extrapolation of this article in which he seems to espouse what I see as a growing acknowledgement that theism has little explanatory power left, I&rsquo;m confident this sentiment will continue to marginalize religion and further aid in the removal of it&rsquo;s seat from the cultural adult table. 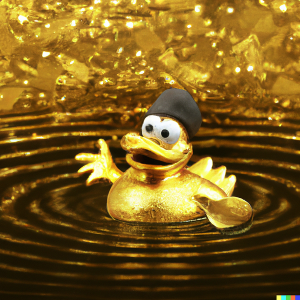