If you had the skill, opportunity, and will to kill murderers that the police were unable to catch, would you? Before answering too quickly, suppose one of the murderers you were stalking killed one of your children, or a spouse, or a parent. Suppose the police, after investigating the murder for months, closed the case as unsolved. Suppose further you had excellent information that led you to be very confident that you knew the identity of the murderer but the information you possess would never stand up in court. Does this make a difference in how you would act? Should it?

The Table Talk series examines philosophical ideas that are discussed in everyday settings whether it is at the dinner table, the water cooler, the kid’s soccer game, or on your pillow. Table Talk has covered topics such as common sense, the importance of religion, personal privacy, and the existence of God. Thankfully, the topics seem endless. 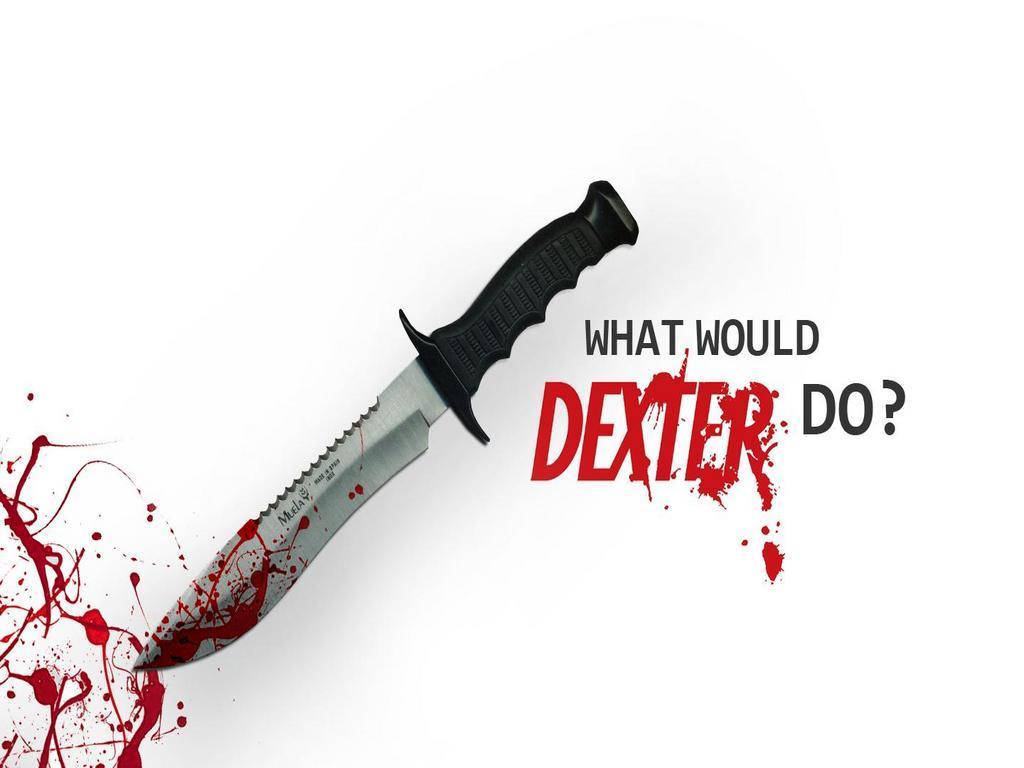 I became aware of an interesting conversation recently that focused on whether it is appropriate to watch the highly acclaimed TV series Dexter. There were many mixed feelings among the interlocutors involved. For those who are not familiar with the show, it is about a young man named Dexter Morgan who is a blood spatter analyst for the Miami Police Department. Dexter moonlights as a serial killer who is governed by a code created by his adoptive father, Harry, who was a Miami cop himself before he passed away. The code is called the “code of Harry.” Harry recognized that Dexter, at an early age, had a propensity to kill and Harry trained him to kill other murderers who were never caught. This code was implemented to help Dexter not get caught and to help Dexter live a somewhat normal life.

This hugely popular show is suspenseful and intriguing and produces a number of questions. For some, it even poses a moral dilemma: is it ethical for someone to watch and enjoy a show that portrays a serial killer in a somewhat friendly moral light? Is Dexter truly carrying out justice? Isn’t Dexter saving other innocent lives by taking known murderers off the street? Does this justify his lifestyle? These questions raise a variety of philosophical issues.

At the heart of the matter lie two significant issues. First, films and TV shows have an enormous ability to shape culture thus serving as an important medium for the transmission of ideas into society. Second, the entertainment produced by Dexter is “entertainment by way of mass murder” as coined by Mark Vernon of The School of Life in London, UK. The former has implications for the importance of examining philosophical ideas propagated by films and TV shows. The latter proclaims that Dexter is truly meant for entertaining a TV audience although this form of entertainment is not accepted by all. These two ideas serve as the launching pad for the variety of philosophical issues brought about by this hugely popular TV series.

Arguably, one of the most fascinating and appealing elements of the show must be the sense of justice (if it truly is justice) that is felt by audiences as they watch Dexter eliminate murderers who have never been caught or who were acquitted. Dexter seems to “fill in the cracks” left by our legal system. Not only is this highly entertaining to some but, more importantly, it may be morally satisfactory. Let’s not kid ourselves, although Dexter believes that he is balancing the scales of justice, his greater concern is satisfying his lust for murder. However, fans of the show will be moved by his elimination of murderers who they feel should not be running around the streets scot-free. Although they intend it as entertainment, the creators and writers of Dexter depend on an important philosophical assumption in order to make this TV series popular: the notion that criminal injustices occur in American society and the fact that there probably is a resultant disillusionment by the populace towards the American legal system. This concept carries the appeal of the show to its fans. This philosophical underpinning is necessary for the popularity of this TV series.

Whether the creators and writers of the series use this intentionally is another issue altogether, but they do utilize the notion (not a universal notion) that the legal system has its shortcomings and disappoints some. This is why some fans can watch and tolerate the vigilantism displayed on the show. Moreover, Dexter does not employ a blatant “slasher” motif. It does not have the feel or visual dynamics of a typical gore or slasher film like Halloween or Friday the 13th. The actual time devoted to the acts of homicide is very small; much more time is spent on the existential issues such as relationships and personal choices and the resultant ethical implications. These elements along with Dexter’s plot to remain undercover are another fascinating aspect of the TV series.

Philosophically speaking, there still remains questions to be answered such as the morality of watching Dexter and the notion of justice promoted by the character of Dexter Morgan. Ethically, some question whether they should view—and by implication—support such programming. This is an ethical concern because they feel that, by watching the TV series, they may be condoning the behavior of Dexter Morgan, the serial killer. It at least sounds legitimate. On one hand, Dexter can contain humorous moments which tend to lighten the otherwise weighty subject matter. On the other hand, the calculated and uncaring Dexter Morgan murders people. It is easy to see why this can pose a moral dilemma for some people-entertainment on one hand but murderous actions on the other. Providing a fool-proof response to this is not easy.

Cultural relativists may argue that if it is not harmful to the individual then it is okay to watch. Virtue ethicists may argue that watching a homicidal vigilante will not cultivate the proper virtues in life. Kantians may argue that you can only watch Dexter if the moral principle you employ that enables you to watch it can be considered a universal law. Despite all this, what about schadenfreude, German for delight felt at the failings and sufferings of others? Certainly not all fans of Dexter succumb to schadenfreude when they watch Dexter but for those who watch to simply revel at the sight of others suffering, certainly seems to present a problematic moral situation.

Regarding the notion of justice on the show, there are numerous ethical theories that can be applied here such as Immanuel Kant’s categorical imperative or John Stuart Mill’s greatest

happiness principle. But the one ethical theory, specifically a theory of justice, that stands out in the life of Dexter Morgan is retributivism. According to Thom Brooks, Reader in Legal and Political Philosophy at University of Newcastle (UK), retributivism “holds that criminals should be punished to a degree equal to what they deserve.” This certainly sounds like the “code of Harry” and retributivism is something that many people would agree with because, at face value, it seems to be a system where criminals get what they deserve. What better way than for the punishment of the murderers to be equal to their crime? Dexter is simply giving those murderers what they deserve. Is this justice? Well, for one thing, it is not that simple to assess the values of crimes and punishment. But murder seems simple enough, right? You kill someone then the punishment deserved is to be killed yourself. No, it is not that simple. Thom Brooks brings up an interesting objection in his essay for the book, Metallica and Philosophy:

This is an eye-opening argument from Brooks.&#160; This argument can easily be applied to the show. Despite this, there is probably a diversity of views regarding the notion of justice on Dexter. No matter which side you fall on, it is important that we think about Dexter. While all crimes are horrific in their own way, murder has a permanence about it that sets it apart from everything else humans do to one another. Dexter plays on that sense of permanence and draws us into the philosophical question: how ought we to live.

Many of us have been in a church or concert hall where an organ is being played, all those chords...

“Intellect is to emotion as our clothes are to our bodies; we could not very well have civilized life without...

[Revised entry by Dorothea Frede and Mi-Kyoung Lee on February 1, 2023. Changes to: Main text, Bibliography] Like most other...

“Existence as entirety remains beyond any one meaning—and it is the conscious presence of humanness in the world inasmuch as...

February 1, 2023
We use cookies on our website to give you the most relevant experience by remembering your preferences and repeat visits. By clicking “Accept”, you consent to the use of ALL the cookies.
Do not sell my personal information.
Cookie SettingsAccept
Manage consent