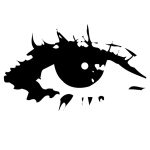 Conspiracy Theory
Who killed JFK? Was it a conspiracy executed by top government officials or the lone act of a single man? Epistemology is an especially valuable discipline to utilize when examining conspiracy theories. Some may think it is an epistemic duty to dismiss conspiracy theories. However, if a cursory examination of the evidence suggests that a given theory is plausible, then intuition seems to dictate that we have an epistemic duty to examine the theory.

Stephen King’s latest novel, 11/22/63, is a fictional work about the time travels of a Maine high school teacher and his attempt to thwart the assassination of President John F. Kennedy. The main character, Jake Epping, wants to change the course of history by preventing the assassination and by preventing past, traumatic events that occurred in the lives of a couple of friends. This novel is captivating and King provokes a fascinating thought experiment about the state of the world if President Kennedy was not assassinated on that fateful November day in 1963. This theme along with King’s incredible ability to tell a story is the recipe for a great read centered on one of the watershed events of American history. When you arrive at the afterword of the book, King presents his view on the veracity of the traditional account of the JFK assassination – the President was assassinated by one man, Lee Harvey Oswald. King states, “After reading a stack of books and articles on the subject almost as tall as I am, I’d put the probability at ninety-eight percent, maybe even ninety-nine. Because all of the accounts, including those written by conspiracy theorists, tell the same simple American story: here was a dangerous little fame junkie who found himself in just the right place to get lucky.” Frequently, when someone refers to the JFK assassination, the term “conspiracy theory” comes to mind.

Interestingly, the nature of the term “conspiracy theory” has changed. Traditionally, this term was a neutral, descriptive term referring to a proposed explanation for an event or events resulting from a covert plan. Nowadays, it is a pejorative term that has been implanted in popular culture. It still is seen as an explanation appealing to a covert plan but, nowadays, it is perceived as irrational or paranoid. In other words, the term “conspiracy theory” means that you should not take this explanation seriously and it should be simply dismissed(because it is unbelievable or silly). However, should these theories be dismissed simply because they are labeled &quot;conspiracy?&quot; Is the change in perception towards the term justified?

It is important to note that some conspiracy theories are true, some are false, and some are utterly foolish. When a conspiracy theory is deemed to be false or silly, it should not be based solely on the label. It should be deemed false or silly because the evidence for the explanation is lacking or inadequate to justify the conclusion. The theory, in light of the available evidence, is found wanting. Because of the pejorative sense of the term today, people seem to think that no epistemic duty exists to examine a conspiracy theory. The problem with this is that a legitimate theory explained by a covert or partly covert plan may be prematurely dismissed because of the label attached to the theory.

A conspiracy theory should be judged by its content not by the term itself. For instance, an attempt to overthrow the Nazi government and assassinate Adolf Hitler was known as Operation Valkyrie. The culmination of this failed operation occurred in July 1944 and is frequently referred to as a conspiracy theory. Surely, at the time, the idea that groups involved in the German Resistance were secretly colluding to overthrow the mighty Nazi government and assassinate Hitler was unthinkable and could have been considered downright crazy. However, the historical evidence clearly demonstrates that Operation Valkyrie was an authentic conspiracy against the Nazi government and there is ample evidence to support belief in it.

Contrast this with the conspiracy theory about the JFK assassination which hypothesizes that various conspirators, many in influential government posts, collaborated in a secret plan to murder the president. This theory is rooted in two allegedly indisputable arguments: a single insignificant man such as Lee Harvey Oswald could not have murdered the President by himself and the President posed such an incredible threat to the industrial-military complex of the United States that his death was desired by many influential industrial and government elites such that they conspired and executed a plan to murder him. Despite the existence of numerous people who still believe in this theory, there exists credible evidence that Lee Harvey Oswald acted alone in murdering JFK. Although some (like film director Oliver Stone) may disagree, numerous historical sources such as the Warren Commission, the House Select Committee on Assassinations, Reclaiming History: The Assassination of President John F. Kennedy written by Vincent Bugliosi, Case Closed written by Gerald Posner, and numerous other works along with an incredible amount of forensic evidence demonstrates that the traditional explanation for the JFK assassination is the strongest explanation for this event. The conspiracy theory is judged on its explanatory power and strength and should not be dismissed because of the term used to describe it.

Surely it is easy to judge a conspiracy theory without examining it because of the negative connotation associated with the term but we have a duty to do otherwise. This does not mean that every conspiracy theory should be afforded the same amount of analysis and contemplation. Some theories are simply foolish and a brief examination can reveal this. Like it or not, conspiracy theories are more influential than ever and moving through these theories can be frustrating but also rewarding. After all, the late Christopher Hitchens referred to conspiracy theories as the “exhaust fumes of democracy”, a by-product of the overwhelming amount of information that is made available in this age of technology.